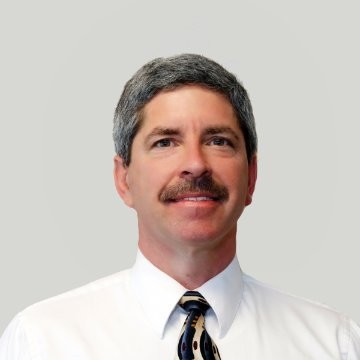 Richard Myers graduated from Cleveland Marshall College of Law in 1988.  He is an experienced trial attorney who has served as lead attorney in hundreds of criminal and civil trials and hearings in numerous counties in Ohio.  He also served as an acting magistrate with the Medina Municipal Court from 1994-2000.

With the founding of Hehr & Myers Co., L.P.A. in 2001, his focus changed from litigation to his heart-felt proactive Estate, Medicaid, Veteran benefits and probate practice.  As an experienced lead attorney in Medicaid Asset Preservation and an Elderlaw Advisor, Rick conducts workshops and works directly with several senior care providers and fraternal organizations assisting families in the establishment of an estate plan that will maximize the protection of acquired wealth and maintaining the highest quality of life in their retirement.  Rick has become one of the preeminent speakers in the area of elder law, regularly speaking at the Ohio Elder Law Institute and at other training conferences.  Rick feels compelled to provide information as he has discovered there is a lot of misinformation regarding the law and rules relating to this area of law, even among his profession.

In 2011, with a stronger proactive focus on Elderlaw, Richard A. Myers, Jr. & Associates, was founded.  With his primary office in Westlake, Ohio with a satellite office in Olmsted Falls.  The firm services Cuyahoga County and all the adjacent Counties.  He is a member of the WealthCounsel, ElderCounsel, the National Academy of Elder Law Attorneys, the Ohio State Bar Association (Estate Planning Committee), and several local bar associations.

Rick has been married to his best friend, Kris since 1984 years and has three children, Lauren, Christian and David. He currently serves as an Elder at Trinity Evangelical Lutheran Church in Cleveland.  He served on the Board of Directors of the Lutheran Home at Concord Reserve from 2004 to 2010. He coached soccer for over 11 years in his hometown of Bay Village and has been racing sailboats for nearly four decades across the country.

“Any attorney can tell you the law.  But a good attorney will lookout for your best interest and leave you with a complete understanding of the law.”

I was very impressed and pleased to know I could call Richard Myers and he would get back to me so quickly on a personal matter that I had.  He answered all my questions without hesitation.  I highly recommend him to others.

I am very grateful for you.  I am also thankful for the person you chose to be.

I and my family highly recommend Richard Myers.  He has guided us through the unending difficulties of accessing assistance for my Mother through the last three years of her life.  He helped us apply for veteran’s assistance, set up a family trust, worked directly with the nursing home and any issue that I had questions about whether it was what to do with accounts at the bank or dealing with the pressure of getting all the bills sorted out.  Richard and his staff worked to gain Medicaid assistance when mom had to go into a nursing home.  This process was beyond difficult and I certainly would not have be able to negotiate the process on my own.

The support and wisdom that Richard provided has provided made our journey much smoother.  My only regret is that I did not find him sooner.  My husband and I will continue to work with his firm in planning and anticipating our financial needs for the rest of our retirement and beyond.

Based on our longtime association with Mr. Richard A. Myers, Jr. & Associates, LLC, we are sincerely honored to be able to offer our recommendations. Their professionalism and in depth consideration of our personal and business requirements for planning were ably handled.